Training A Dog At A Facility Will Not Fix Their Aggression

Behavior and Training Tips For Your Pooch

Board and Train Can Be An Issue For An Aggressive Dog

Board and train (B&T) is an option that can “jump start” your dog’s training. Having your dog spend a couple of weeks with a good trainer can be a godsend. Our clients love the Canine Dimensions Board and Train program. Below is an email from one of our B&T clients… 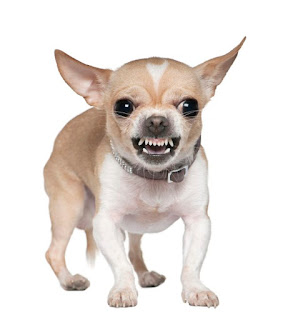 Kenny and I can’t tell you how pleased we are with Duke’s two weeks of training. Prior to his training, it was really a chore to walk him. He always pulled and got distracted very easily. The bigger he got, the harder it became. Now, he walks nice and doesn’t pull us, even when he sees something he wants to explore or chase.

The bonus – we all get more exercise now since it’s a pleasure to walk, not to mention all the positive comments from all our neighbors. We continue to be very impressed with his level of discipline after his boarding/training and more impressed that he has kept his personality and playfulness.

We are so pleased we brought him to you! We can’t thank you enough for your dedication to our Duke. We liked that you took in Duke to your household for this two week training session and treated him like a family member.

For us, that was a key factor, and I definitely think it was better for him to learn in a constant loving environment as opposed to a kennel.  Overall, we could not be happier. Well worth the money! We have already recommended you to several people who were very impressed with Duke’s progress.

Board and Train is a great program, but there are reasons why you should not choose B&T if your dog has an aggression problem.

The RELATIONSHIP between you and your dog is critical – especially when it comes to aggression.  You and your dog are a team. In order to address aggressive behavior in your home, you must work with your dog.

The trainer is the coach. You and your dog are the team. “Teamwork” does not magically transfer from “dog and trainer” to “dog and owner.”

Even if your dog responds well to the trainer during her time in boarding, she is likely to revert to her old habits when she returns home.

ENVIRONMENT.  There are many environmental factors that affect behavior. People who have fostered dogs report that some dogs who behaved well in their foster homes later behaved aggressively in their new homes.

Perhaps part of the explanation is that foster parents are more experienced handlers and offer more controlled environments.

Crating,  visitor traffic, presence of children, other dogs in the home, locations of entrances and exits, type of fencing in the yard, different people and places encountered during walks, visits to vets and groomers, and many other variables, can influence a dog’s behavior.

ORIENTING RESPONSE. During his early research in classical conditioning, Pavlov discovered that quite often, when as assistant reported a certain behavior in a dog (such as salivation at the sound of a bell), it would not occur when Pavlov entered the room to observe it.

When variables were introduced (even something as simple as Pavlov entering the room), the new stimuli hijacked the dog’s attention. He labeled this “the investigative reflex.” He hypothesized that in order to survive, an animal needs to be focused on immediate changes around her.

This survival reflex was so compelling that it superseded everything else. Today, scientists have a mountain of data which has confirmed Pavlov’s hypothesis.

They have measured this effect in a number of physical responses such as brain waves and heart rate, and have renamed the effect on the animal’s bodily reaction to a more accurate term – “orienting response.”

Relationship, environment, and orienting response are the reasons that B&T is a poor choice for aggressive dogs.  Some trainers offer it as a solution to aggression, possibly because B&T is a premium service which comes with a premium fee. But unfortunately, B&T has very low success rate in aggression cases.

B&T is a good choice when operant training (where behavior is offered in response to a reward, or reduced as a result of correction) is needed.  Dogs needing to learn basic obedience do well in B&T because operant training is easily transferred.

Complex behavior problems such as aggression often require a classical component (pairing a stimulus to an involuntary response) in the rehabilitation process.  New conditioned emotional responses will not be transferred from the boarding experience to your home.

If you are struggling with your dog’s aggressive behavior, choose private training in your home, not Board and Train.

tips and tricks For Your Puppy

Submit A Valid Email And Get Our Weekly Newsletter Completely Free